A love letter in the form of a t shirt. Homage to the era of 1980's Turbo charged Formula 1 cars that had more horsepower than some could handle. Large back print of the John Player Special Lotus 98T Formula 1 car from 1986 driven by Johnny Dumfries and Ayrton Senna. Front chest print of the Renault EF15 V6 engine that produced up to 1200 horsepower during qualifying runs. Chest print also includes a useful graphic to illustrate the surge of power that came on after the turbo chargers had spun up turning the car into a rocket. Hand printed and numbered edition of 13 shirts only. 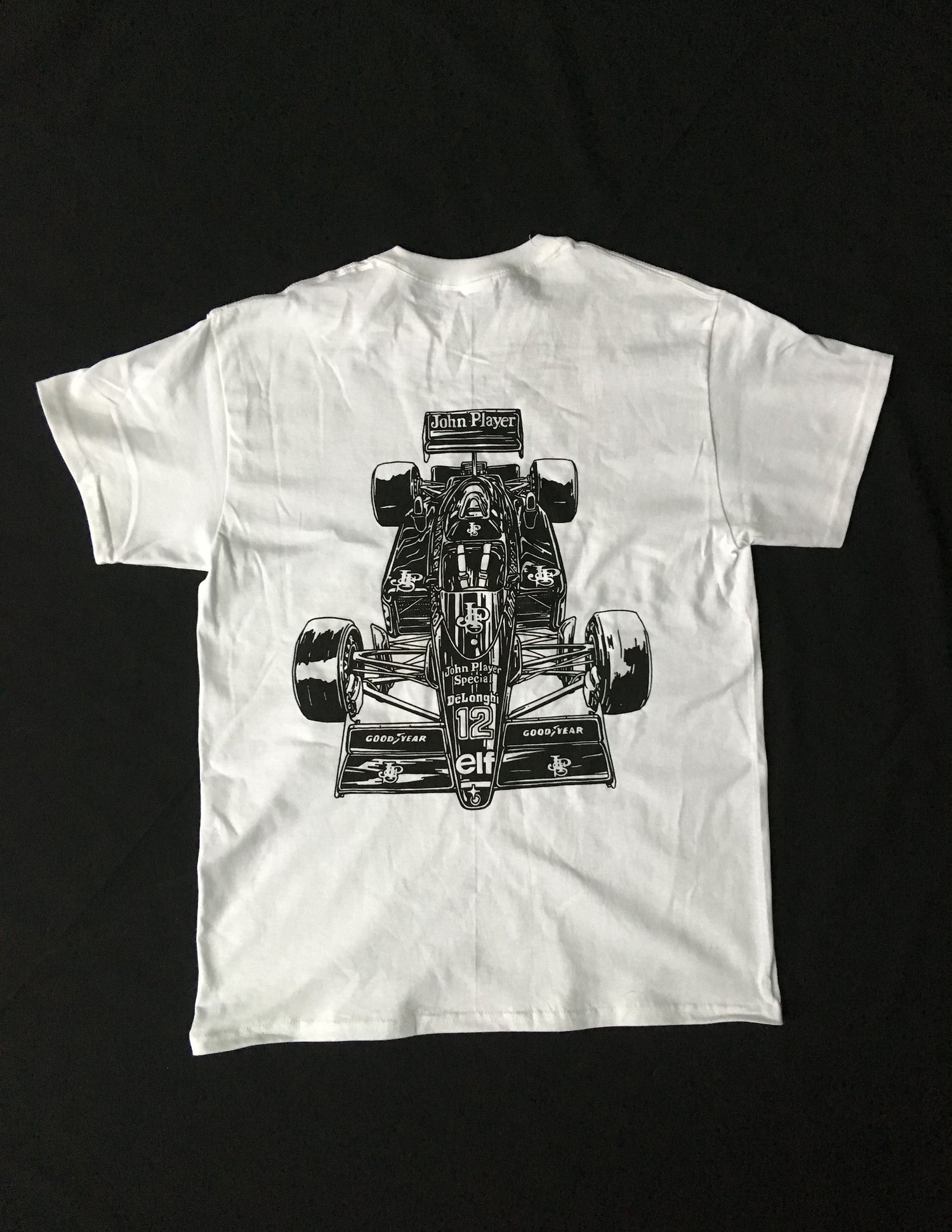